“What Challenges You, Teaches You the Most” 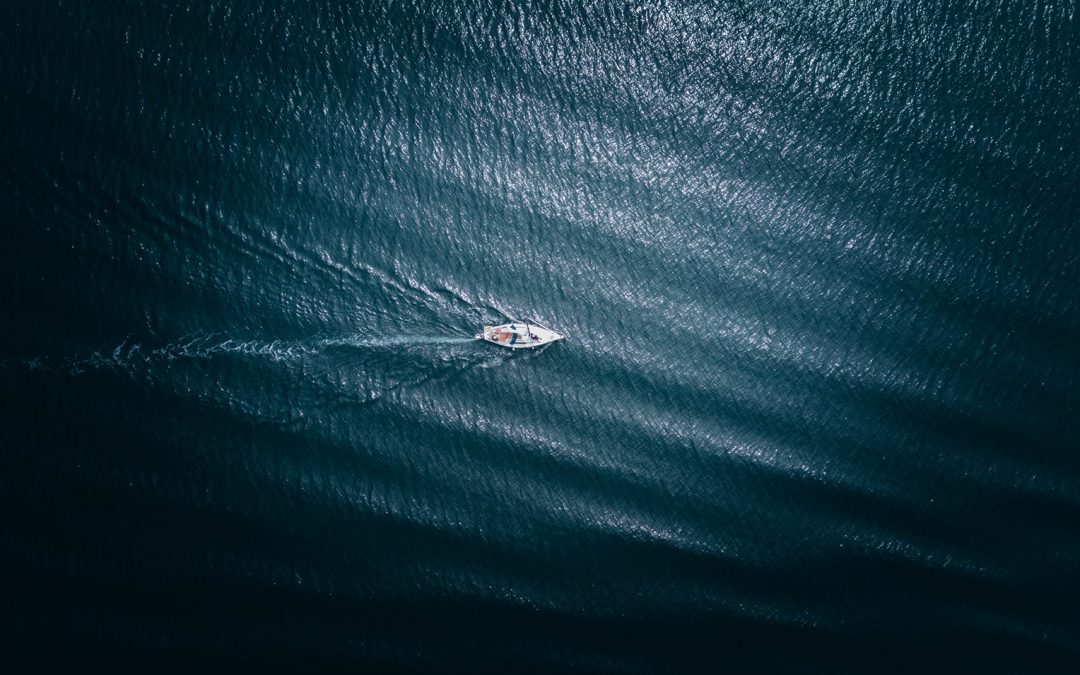 My conversation with Edouard was very much a treat. It’s not everyday you get to sit down with a navigator. The adventure-lover in me was thrilled.

“I’ve lived a few different lives: I worked in the finance industry after studying maths at great length. However, I ended up leaving after a few years. Living in Paris, it started feeling a bit soul-destroying to be honest. I was doing the Job-Subway-Sleep thing. I had been living for adventures since I was a kid – something had to change.”

Ah, the metro-boulot-dodo (aka the “tube/work/snooze”) routine… One of the greatest plagues of our times and enemy of the creator and adventurer. It’s not always bad, I won’t bash it because clearly it suits some of us just fine. But if you start feeling like the whole world is resting on your shoulders, if your creative instincts have become lethargic, or if you have a sense of entrapment, then it’s time to do something about it.

That’s what Edouard did. Realising that this life wasn’t for him and that he needed something more, Edouard started to look for a new hobby. That’s when he found solace in sailing.

The Call to Adventure

It wasn’t just an overnight thought, though: sailing was something familiar, a childhood souvenir. It used to be something recreational; it used to appease the call to adventure. Thinking back on the those moments where you connected to whichever act you were performing is what helps you identify

1) what makes you feel good;

Then do the maths: if your feet don’t feel firmly planted to the ground on your journey; if your energy is drawn in multiple directions; if your head is craving something but you can’t figure out what, go back to those moments.

Know what it means to be alone

And so, our finance-guy embraced adventure and became a solo navigator. More than a hobby, Edouard quickly took on board the main teaching of this activity:

“When you’re at sea, it’s just you and the boat. You’re on your own – utterly, truly on your own. And that’s what I learned: knowing the value of being alone, you’ll know the value of relations.

I had always been a lone wolf, but actually navigating solo helped me reconnect with people. I knew what it was to be alone, what it meant and what it felt like. It teaches you to be kind and realise and appreciate the input of people in your life. Because you take them with you, you think about them when you’re alone for a long time.”

“In any extreme sports or adventure, you develop deep connections with people. Because what you have is just pure.

Sailing is interesting because the people you compete against can also save your life. They push you to go beyond your limits, but if something happens, they’re gonna be there for you. It’s one of the things that people in the army experience, and that’s why some struggle when they return to normal life.

It’s beyond the social sh*t: it’s the brotherhood.”

“What challenges you teaches you the most”

Beyond making you appreciate the value of being alone and rethinking the way you interact and connect with the rest of the world, sailing is a physical and emotional challenge. It teaches you how to go on, to move forward when facing a problem. Because when it boils down to it, you’re on your own and if anything goes south, you’re the only one there to fix it.

“Sometimes you just want to cry like a b*tch and you can’t because your life depends on it. I’m a firm believer that what challenges you teaches you the most. It’s a hard school of thought, but you learn so much from it.

Tons of problems every day look or feel unsolvable. But then you solve it, and it makes you grow. ”

That’s true in every aspect of life – not just in sailing. I’ve always admired navigators, and my Celtic-Britton parents made sure we knew who Eric Tabarly, the Route of Rhum  Transatlantic or the Vendée-Globe races were. But, as much as I love the sea, I know I don’t have the guts to stand on my own on a ship in open water because of the darkness underneath.

In my case, it’s a combination of:

2) Not knowing what’s at the bottom of the sea, and that’s reason enough for me!

He laughed. “Yeah that’s true, but you don’t think about it, haha!

During my last race, I’ve had to dive a few times in the middle of the Atlantic Ocean, not far from the coast of Africa. I had a fishing hook and rope trapped around the keel: I had no choice but to jump in the water to remove it.

You’re surrounded by this blackness. There’s something really scary, but also really peaceful.”

Committing to doing something that scares you is what pushes you forward for sure. I’m adding it to the bucket list.

Going back to sailing meant returning to a childhood love for Edouard. It was recreational. When he started racing in 2013, it was ‘un retour aux sources’ – a return to the roots. It was also his last year working for the company he was at, and the year he started theatre:

“It had always been a fear I wanted to face. I was terrified of speaking in public. The idea itself was enough to paralyse me. It’s a funny thing that I started doing both sailing and acting the same year. My brain clearly made a connection between the two:

In sailing, you go through shit you don’t have time to go through. You suppress your emotions, you’re resolved, you centre in yourself because you have to be in the moment and not let it take over. When acting, you go wherever you want because you’re not at risk of dying! Haha!

You can cry like a b*tch for hours and it’s fine. On the boat, if you ever get to that place, you can’t allow yourself to do that because your life’s at stake. And it’s performance, and it’s a race: there’s no room for arts or emotions. It’s something that lacks for creative minds.”

Then again, and similarly to Richie, Charles and other Artful Athletes I’ve had the pleasure of talking to, it’s all about balancing things out.

Edouard would take his lines and script on the boat, rehearse and train there, alone, in the middle of the ocean.

“I had just started acting training, but it was a long process because of my fears. I took my time, found an emotional balance, learned to release those emotions, shouting my lines at the ocean from the boat.

Ultimately, it’s down to expressing what you’re feeling.”

And that is true, no matter the situation or industry that you’re in.

After completing two solo races (the Transat Bakerly 2016, from Plymouth-UK to Brooklyn-US and the Route du Rhum 2018, from Saint-Malo in France to Point-à-Pitre in Guadeloupe) Edouard is currently focusing on embracing theatre and the arts. Onwards to new horizons, Skipper!